The safety in our vehicles is one of our key commitments in Avant Grup. We were pioneers in the implementation of seat-belts in our coaches, even before they were mandatory. Nowadays we implement the most modern and efficient active and passive safety systems as well as our fleet of coaches control.

Our fleet has an average age of under 4 years and counts with more than 200 vehicles, meticulously selected among the best makers: MERCEDES, SCANIA VOLVO o IRISBUS. In order to grant our passengers safety our whole fleet undergoes our strict preventive maintenance, periodically.

The continuous developments and innovations in active safety systems, especially those to avoid critical situations, offer an even safer experience to our passengers.

In Avant Grup we implement the most advanced active and passive safety technologies with the goal of granting top safety levels regarding our drivers and passengers.

Active safety systems in our fleet

The adaptive cruise control widens the automatic speed control system functions by adding a radar sensor in order to automatically keep the safety distance with the vehicle in front of the coach, within the limitations of the system.
if the coach approaches to a slower vehicle in front of it, the automatic distance control will slow down the coach until it reaches the same speed. All of this in order to keep the safety distance programmed by the driver. If a vehicle changes the lane putting itself in front of the coach, the speed is also decreased in order to adapt it to the other vehicle. Once the lane is clear the coach is automatically sped up to the selected cruising speed. By doing this the automatic distance control improves the comfort and the safety during the trip. However the driver is always responsible for the driving process and overseeing the systems.
A radar sensor is permanently watching the road up to 180 meters (590 feet) ahead of the coach. The system not only measures the distance from the preceding vehicle, it also measures the approaching speed. If the distance decreases under the established safety limit, the system makes the proper corrections by managing the engine and, if necessary, the breaking system. If the deceleration rate required exceeds a 30% of that of the maximum deceleration for the vehicle, de driver will be ordered to break manually.
Even with the automatic distance control active, the driver is still responsible for controlling the coach’s speed and safety distance regarding the other vehicles on the road. The adaptive cruise control does not react to not moving objects or those moving in the opposite direction.

The Advanced Emergency Breaking System uses a radar system to detect vehicles ahead and automatically calculates the difference in speed regarding our own vehicle. If a collision is unavoidable unless we take action, it will first let know to the driver and then the vehicle effectuates a partial breaking. If the driver does not respond and the collision is imminent, the vehicle will, automatically, a full break. This allows us to reduce, considerably, the chances of a collision.

The Lane Departure Warning (LDW) system’s goal is to let know the driver that a possible distraction has made the vehicle to move out of its lane.

The lane change detection is carried out by a front camera. This camera captures images from the road and processes it through an artificial vision system. The system monitors, simultaneously, the indicators in order to decide if the manoeuvre has been intentional or not.

The system can differentiate between lane change, and lane invasion. It understands a lane change those lateral movements wide enough so the vehicle positions itself in the contiguous lane.

In the other hand, a lane invasions are those circumstances in which part of the vehicle steps for a moment one of the adjacent lanes while the vehicle remains in its original lane.

This system is focused on medium and long distance transports through high capacity roads. It activates when the vehicle exceeds 60Km/h (37mph).

The Traction Control System (TCS) prevents, by applying two methods, any wheel from rolling when not in contact with any surface. On the one hand, by a precise actuation on the brakes. And on the other hand, by decreasing the engine’s torque through the ‘electronic throttle’. Due to this the engine, in critical situations, will hand the wheels only the power these can transmit to the road: a great advantage when beginning to move and speeding up.

While starting the engine the RPM and torque in every driven wheel are watched. The CPU manages the torque distribution in order to prevent the wheels from spinning without transferring the whole torque force. This ensures the best force flow in every moment.

The TCS assists the driver when starting up the engine and speeding up, preventing the driven wheels from skidding and thus originating a rear wheels sliding. The TCS increases the comfort and safety when starting to move big torque vehicles, especially if the wheels can not transfer the given torque to irregular traction roads.

The Antiblock Break System consists of a set of sensor in each wheel measuring the revolutions per minute (rpm) and transfer that information to a central console. If any of the wheels tend to surpass the blocking threshold during the breaking, the pressure on the break is modified in order to keep the breaking force under that threshold. In order to do so the pressure is reduced and increased several times per second

In December 1970 Mercedes-Benz presented the first anti-blocking break system assisted by electronics in the world. This equipment meant an incredible revolution in the safety field. By precise actuations on the breaks the ABS prevents the wheels from continuously blocking. With this the risk of losing directional stability is kept to a minimum, and the driver can steer the vehicle to the desired direction, even fully break. The ABS constitutes the ground for other, more complex, electronic safety systems like: the Electronic Stability Program (ESP), or the Break Assist System (BAS).

The Electronic Brakeforce Distribution (EBD) system determines how much force has to be applied to each break in order to get the best stop for a vehicle without loosing control.

The Electronic Stability Control (ESC), is an active system that increases the stability and thus the safety when driving. The ESC helps to prevent skidding when taking curves as well as when making sudden lane changes. If a critical situation is detected while driving —for example, if the coach reaches the limit margin in a curve—, the breaks are automatically and precisely controlled in every wheel. While at the same time the engine’s power is decreased. Rationing the breaking force acting on the wheels reduces the skidding tendency of the bus, always according to the limits provided by the physics laws.

The bus’ transverse acceleration is overseen by the ESC. If the vehicle reaches a critical situation during long curves such as in speedway exits, or while in a sudden lane change; the speed is automatically decreased until the stability is recovered. The Electronic Stability Control is like that of the regular cars but with extended functions suited for its use on coaches.

All the coaches whose body parts have been made by Irizar have been through tilt tests that ensure a tilting of 28º before rolling over. This means they are ready for the future regulation R66.2 (which will be effective in 2017). 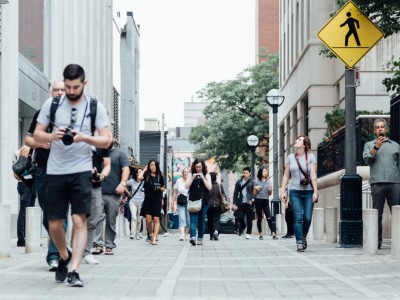 The passive safety in coaches has improved due to the new regulations imposing minimum structural requirements as well as retention systems in order to grant the safety of those using such means of transportation.

Avant Grup not only fulfils these passive safety regulations in our coaches, but in some cases we go one step ahead when adding new vehicles to our fleet.

Passive safety systems in our fleet

Avant Grup’s fleet has a reinforced roll cage framework up to the regulation standards (Regulation 66.02)

It is mandatory for all coaches registered after 2007 to have seat belts (school transport is not exempt of this).

About the usage, driver and passengers older than 3 are obliged to use them. In case of negligence adult passengers will be the ultimate responsible ones. This obligation will be communicated to the passengers by the driver, the guide or person in charge of the group, through audiovisual means or signs/pictograms.

Each coach has two emergency exits, through the coach windows, in both sides. All of them are identified as through signs as “Salida de Emergencia” (in English Emergency Exit). These are readable either form inside or outside the vehicle. There is a red hammer beside these windows, which is meant to be used to break these windows in case of emergency.

Our coaches roof hatches double as emergency exits as well.

Our fleet is equipped with glass-breaking emergency hammers located near the windows indicated as emergency exits. These are only to be used in the event of not being possible the exit through the vehicle’s doors.

Usually the first aid kit is located in the front of the vehicle and is identified by a pictogram. First aid kits are mandatory in all coaches. It is a basic piece of equipment in case of injuries.

All coaches are equipped with fire extinguishers as a precaution in the event of any attempt of fire happening in the vehicle.

The door opening lever is easy to spot as it is located by the doors.
It will only be used once the vehicle comes to a full stop. By using it the lever, the doors will unlock and open immediately.

The passengers doors are equipped with sensors in order to detect anyone or anything in the door way while it closes.

While closing, a micro switches systems actuates on the door’s electro-valve reverting the movement in the event of any obstacle being found in the door’s way. These way we prevent accidents during the processes of getting on and off the coaches.

The vehicles incorporated to our fleet have, previously, gone through exhaustive quality controls both by the maker and the body parts companies, respectively.
Upon arrival, our quality department proceeds with a final checking in order to make sure the coaches fulfil our internal criteria for safety and comfort equipment.

Our company keeps a preventive maintenance on all the safety measurements and equipments included in our vehicles.
All of these preventive actions are focused on granting the perfect condition of our vehicles, especially when related to safety matters.

Top level safety and comfort are ensured by following the company’s criteria in every vehicle.
A plausible events control is carried out during the preventive maintenance in order to make the proper corrections and have a follow-up of the repairs.