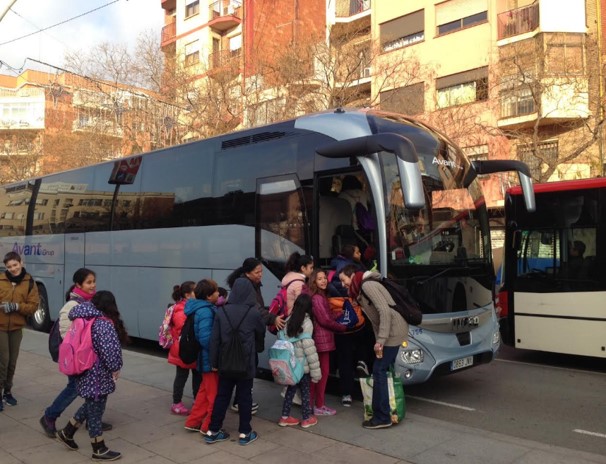 There is a wide and varied range of activities and new tourism experiences in the region to be carried out in groups or family.

The March equinox marks the moment the Sun crosses the celestial equator – the imaginary line in the sky above the Earth’s equator – from south to north and vice versa in September. In the Northern Hemisphere, the Vernal (Spring) Equinox marks the first day of astronomical spring. There’s also another, more common definition of when the seasons start, namely meteorological definitions, which are based on average temperatures rather that astronomical events.

Catalan cuisine is influenced by its lands, history, and culture. Trying and enjoying the products of a country brings us closer to its traditions and customs. Experiencing Catalonia means diving in the sea, discovering the villages and countryside, interacting with nature, and more. From north to south and from east to west, Catalonia is a country to be savored.

The diversity of Catalonia’s landscapes results in the availability of a wide variety of ingredients: excellent fish and shellfish, fruit, exquisite vegetables, top-quality meats, and drinking water that deserve international recognition. In addition to all of these products, there is a real tradition of Catalan cuisine, with remarkable leading products already famous in mediaeval times. In the final years of the 20th century, the Catalan chefs gave added value to the raw ingredients and achieved recognition around the planet. The Roca brothers, Ferran Adrià, and Carme Ruscalleda are highly-regarded names in the universe of haute cuisine.

The wines deserve their own chapter, as Catalonia started out as an international supplier of wines in Roman times. Today, Priorat wine is served in the best glasses on the planet and following the example of the pioneers, the Catalan producers have wagered on the quality and promotion of their products.

Modern astronomy aside, people have recognized the vernal equinox for thousands of years. Many early peoples celebrated for the basic reason that their food supplies would soon be restored. The date is significant in Christianity because Easter always falls on the first Sunday after the first full moon after the vernal equinox. It is also probably no coincidence that early Egyptians built the Great Sphinx so that it points directly toward the rising Sun on the day of the vernal equinox.

Travelling to Catalonia with kids couldn’t be easier. If you’re restricted to the summer holidays, you’ll find milder climes in the Pyrenees, and the children are welcome virtually everywhere with minimal fuss. There are lovely self-catering options, swimming pools, sheltered bays and plenty of outdoor action for older children and teens.

Touring towns and villages one country, a thousand possibilities

Labyrinthine streets with stone houses to the right and left, a castle that seems taken from a fairytale, a 13th century church, ivy climbing over walls and windows: Yes, the streets of Peratallada (Costa Brava) speak of a medieval Catalonia steeped in tradition. We are really only a little over 100 kilometers from the Torre Glòries or Sagrada Familia, the icons of the busy Barcelona of the 21st century.

The essence of Catalonia is found in the little villages that preserve the legacy of thousands of years of rural life as well as the most modern cities. These are cities with an incredibly rich cultural life and provide the same comforts and services that can be found in any great metropolis today. These cities are connected to the rest of the world and wager on technology, sustainability, and modern infrastructures, but continue to practice centuries-old traditions in the form of vibrant popular festivals. This occurs in Barcelona, but also in cities like Tarragona, Lleida, and Girona, where history and future are felt at the same time.

Bustling cities contrast with peaceful villages located a few kilometers away where cava is made and the wine is left to rest, where olives are picked to produce the culinary treasure of oil, and where pottery is produced with traditional techniques. These are the two sides of Catalonia, a diverse place that is constantly surprising its visitors.