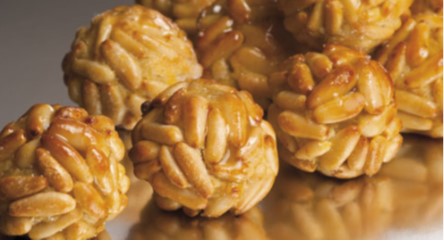 AUTUMN TRADITIONS. The feast of Halloween and the chestnut or “Castanyada”

Gastronomy and other imported traditions.

The holiday of All Saints, on the first of November, is a celebration dedicated to the memory of our ancestors.

It is, in its origin, an ancient pagan tradition that is celebrated throughout Europe and which is assimilated to have completed all the harvests and the end of good weather.

Over time and, especially in recent decades, there has been a certain transformation of the party. The change of mentality and the globalization of gastronomy and traditions have brought to light other models of celebration such as “Halloween”, which have contributed to turning All Saints’ Day into a more playful party.

Castanyada is a Catalan festival originally dedicated to the memory of our ancestors.

The origins are related to Christian and Pagan tradition of celebrating people who passed. Depends on the region of Spain, people treat this part of the year differently. Some historical sources say that Castanyada was a time, when people who had to ring the church’s bell for many hours during the night (to remind others to pray for deceased) had to maintain their energy through eating seasonal specialties – chestnuts, sweet potatoes, marzipan candies with a finish of sweet wine.

A castañada, celebrated in Catalonia, traditionally takes place during All Saint’s Day, on November 1st, although these last years, the party has advanced to the night of October 31.

Castañas (or chestnuts) are seen in heaping piles all over markets in Catalonia and neighboring regions from mid-October to the end of December.

Castanyada for people living in Barcelona and Catalonia Country is a time for celebration. As a public holiday, locals treat these couple of days as a break from work, school and other daily obligations. Having time with family and friends, eating chestnuts roasted and drinking sweet wine with a bite of good panellet, this is the tradition nowadays.

Halloween, traditionally observed on October 31, is associated with the western world and celebrated in North America by the U.S. and Canada. It is a celebration that, with the years, they are adopting other Anglo-Saxon and European countries.

A favourite holiday among children, Halloween is a fun day that encourages them to dress up in costumes, tell spine-tingling stories, and go from door to door collecting candy.

Halloween is an annual holiday that has roots in age-old European traditions. It originated with the ancient Celtic festival. In the eighth century, Pope Gregory III designated November 1 as a time to honour all saints. The evening before was known as All Hallows Eve, and later Halloween. Over time, Halloween evolved into a day of activities like trick-or-treating and carving jack-o-lanterns. Around the world, as days grow shorter and nights get colder, people continue to usher in the season with gatherings, costumes and sweet treats.

This day marked the end of summer and the harvest and the beginning of the dark, cold winter, a time of year that was often associated with human death. Celts believed that on the night before the new year, the boundary between the worlds of the living and the dead became blurred. On the night of October 31 they celebrated Samhain, when it was believed that the ghosts of the dead returned to earth.

To commemorate the event, Druids built huge sacred bonfires, where the people gathered to burn crops and animals as sacrifices to the Celtic deities. During the celebration, the Celts wore costumes, typically consisting of animal heads and skins, and attempted to tell each other’s fortunes.

When the celebration was over, they re-lit their hearth fires, which they had extinguished earlier that evening, from the sacred bonfire to help protect them during the coming winter.

Halloween is associated with the western world and celebrated in North America by the U.S. and Canada. A favourite holiday among children, Halloween is a fun day that encourages them to dress up in costumes, tell spine-tingling stories, and go from door to door collecting candy.

Catholic festivals that commemorate martyrs and souls of the dead, such as All Saints’ Day (November 1) and All Souls’ Day (November 2), also contribute to Halloween’s associations with celebrating ghosts and spirits. #Gastronomy and traditions in autumn

It is time to enjoy the sweets and fruits of the season: panellets and sweet potatoes.

Sugar, yolk and almond flour are the basic ingredients to cook panellets, the traditional marzipan candies for All Saints. The most typical flavours are those of the pine nuts and almonds, but those of coffee, grated coconut and quince jelly, also a fall product, are also frequent. In the world of panellets, as it happens with many other traditional candies, innovation is non-stop and the pastry chefs create new flavours and bold combinations every year.

Either sweetened with sugar and cinnamon or as a side dish for savoury meals, sweet potatoes are one of the most versatile ingredients in the traditional fall gastronomy. They are usually served fried or baked, and there is also a recent trend to use them as a substitute of potato. As tubers, both products have a similar texture, although the sweet potato, as it name states, is slightly sweeter, which makes it possible to contrast it with salty food, such as cheese or meat.

When chestnuts appear, it is a sure sign that summer is over and autumn is well underway. Today, the Castanyada festival is a time of fun and celebration and a chance to devour the first chestnuts of the year.

While it is common at this time of year to see mobile ovens selling roast chestnuts in twists of paper on the streets, traditionally it was more common for the nut to be dried out and ground up to be used as a flour. This flour could be stored and, in times of scarcity, it would be used to make bread. However, the widespread introduction of the potato from the 16th century led to a gradual decline in the use of chestnuts.

Today, the chestnuts are more often associated with game cuisine, as an accompaniment for roasts, as a main ingredient of stuffings and for purees. During its short season, the chestnut is used in Catalonia for a variety of dishes, such as peus de porc amb castanyes (pig’s trotters with chestnuts) or ànec amb prunes i castanyes (duck with plums and chestnuts). One thing that chefs tend to agree on is that chestnuts require a lot of patience and dedication, as they need to be carefully peeled and the process of cooking them can be delicate if you want them to keep their original shape. Yet, the chance to enjoy chestnuts is short and only comes once a year, reason enough to make the effort to enjoy this charismatic seasonal fruit.

A very simple recipe
In Catalonia, the celebration revolves specially around a certain type of sweet: the panellet. A few days before the feast, bakeries and cake shops work full-time to fill their shop windows with enormous amounts of this small but highly demanded dessert, which nowadays is offered through a wide range of forms and flavours.
The panellet original recipe is not at all complicated: almond, egg and sugar, or what is commonly known as marzipan pastry. The union of these three simple ingredients can be modelled in different shapes and coated in a wide variety of ingredients. Traditional panellets are those coated in pine nuts, almonds or coconut powder and the ones with quince jelly filling.

With the general expansion of tourism and the consolidation of Barcelona and Catalonia as a tourist destiny in the world market, Avant Grup has managed to consolidate its position as a leader in coach transport for this sector.

Avant Grup brings guarantee, security and trust in the service. It has a wide and modern fleet of vehicles of different capacities that allow to fully enjoy all the traditions and popular festivals and to respond to all the mobility demands in the displacements and excursions that these activities generate.