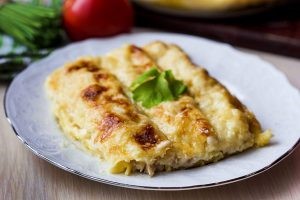 Gastronomy and traditions at Christmas

Despite the different traditional celebrations of each territory, the spirit of Christmas is universal

With the proximity of the Christmas holidays, in each country there are rites, customs and different traditions. Christmas is a celebration of the Christian religion that is celebrated every December 25. It is celebrated especially in America and Western Europe in a very similar way. In Eastern Europe, with a predominance of the Orthodox church, Christmas is celebrated on January 7. This day the families gather to go to Mass and a period of Christmas fasting ends. For its part, the Jewish community celebrates the Hanukkah which commemorates the purification of the Temple of Jerusalem in 165 BC. Hindu culture also celebrates its own Christmas, but it does not commemorate anything related to the birth of Jesus, but the triumph of the god Ram against the demon Ravana. This party is called Diwali. Like most religions, it marks the beginning of the new year and they meet with family and friends. In the Muslim community, parties are organized at home, decorate mosques and gather to celebrate this date. The food, the talks, the marches and the readings of the Quran (its sacred book) centre the events to remember the prophet and his teachings.

Although these traditions and customs are very different, they have in common the time in which they are celebrated. and commemorates the birth of Jesus Christ. The origin of this celebration comes from the pagan world, since it coincides with the winter solstice since the day begins to be longer again. Each country has its own traditions that, on some occasions, have a great religious content and, on others, represent a cult of nature.

During the Christmas there are three special dates in which gastronomy has a special role:

Christmas Eve dinner. In Catalonia, Christmas Eve dinner is traditionally very simple and modest. A chicken or fish broth is the perfect preamble to the cold appetisers that come next. This is the moment to enjoy cured sausage from Osona, mountain cheeses and pâté from La Llacuna, anchovies and boiled seafood. Accompanied by large slices of toasted country bread, quince garlic mayonnaise and olives, no dinner is easier to prepare. Nor more appetising.

Christmas Day lunch. Baby Jesus has come into the world and it is time to celebrate! First course, escudella, a typical soup with pasta and meatballs. Then, a tray of stewed meat, vegetables and well-boiled chickpeas. In many homes, the celebration continues with a black cockerel from Penedès or a blue-legged capon from El Prat de Llobregat – stuffed Catalonian-style with sausage, bacon, prunes and pine nuts. For dessert, biscuit rolls and handmade nougat from the region of Maresme. All washed down with wine and cava from any of Catalonia’s five denomination of origin regions: Penedès, Pla del Bages, Alella, Catalunya and Cava. Essential for enjoying the age-old specialities that await us on the Christmas Day table.

Saint Stephen’s Day lunch. The main meal of this Catalonian celebration is based on a principle that is well known by cooks from all around the world: that the best dishes are made from leftovers. This is why the cannelloni served in almost every house on Saint Stephen’s Day and made with any meat left over from the soup of the day before tastes so delicious. Many cooks also add truffles from Berguedà to the filling to make sure that the cannelloni is the star of a meal that is traditionally followed by a good baked fish.