Art and culture. Tourist offer of the Museums

Cultural heritage includes not just monuments, landscapes, traditions, transmitted knowledge and expressions of human creativity, but also collections kept and managed by museums, libraries and archives, all of which are means of presenting, preserving and valuing the past.

The Council of Europe and the European Parliament have decided to establish this year in order to raise public awareness of European values and history and strengthen a sense of community identity.

European cultural heritage is bountiful and highly valuable, offering numerous opportunities for conveying its values. This heritage must be preserved from environmental and physical pressures, the increasingly prevalent digital environment and the illegal trafficking of cultural assets, all of which are threats that need to be met. The main goals of the European Year of Cultural Heritage are: to promote cultural diversity, intercultural dialogue and social cohesion; highlight the economic contribution of cultural heritage and creation, in particular by small and medium-sized businesses, and in local and regional development, while stressing the role of cultural heritage in the European Union’s foreign relations, preventing and resolving conflicts and reconstructing cultural heritage that is damaged or destroyed.

Europe has a common history and heritage in terms of political events and the cultural, economic and social trends that have shaped its essence over the centuries. And this is what visitors from around the world find in Catalonia, a unique territory and an experience shared through tourism.

Catalonia is a highly diverse Mediterranean destination with a mild climate and incomparable natural wealth, combing stunning mountain scenery with the intense light of the seashore. It is a region with a long history and a restless, innovative society that has made its mark as a pioneering, highly dynamic region in the fields of industry, commerce and services. It offers an excellent quality of life and business climate, and high class infrastructures.

Culture is a characteristic trait of Catalonia, as it is a country of artists and entrepreneurs who search the past for the essence of its innovative, open spirit. With its own language and a welcoming attitude towards visitors, Catalonia offers its rich cultural, tangible and intangible heritage to the world.

Catalan culture has successfully combined tradition and roots to produce works that linger in memory and time, such as the Sagrada Familia church, designed by the genius Antoni Gaudí. The fascination of Gaudí’s architecture lies in the structural elements he creates, the sophisticated building techniques and the use of materials, fantasy and originality in the decorative elements. Works by other Catalan Modernist architects, such as Domènech i Montaner, Puig i Cadafalch and Josep M. Jujol, who have left their creations scattered throughout the country, are also striking.

From Romanesque paintings to fashion accessories, via the architecture of Catalan Modernism, Catalonia is a propitious territory for creativity. This is true not only of the visual arts, but also of literature and cuisine, to give just three examples. Maybe it’s the vision of the sea, the pure mountain air or the inland landscapes; one can only conclude that the country is an inspiration for local and visiting artists.

Catalonia also has over 400 museums and cultural centers featuring all periods and styles, supplemented by an extensive program of exhibitions open and adapted to all visitors. Precisely, as for tourists, three out of four visitors to Barcelona’s museums are foreign tourists. These results come from a macro-survey commissioned by the Barcelona Institute of Culture (ICUB), which included 42,155 interviews with visitors to eleven of the city’s museums. In international terms, France and the USA are the principal countries of origin.
The survey analyses the top must-see museums for tourists such as the Macba; MNAC; Picasso Museum and the Miró Foundation as well as lesser-known sites including Pedralbes Monastery, the Botanic Gardens and the Music Museum. 76.6% of the respondents in this heterogeneous survey were foreigners. By origin, 49% were from Europe and 27.6% from the rest of the world. The French topped the list of European visitors, followed by the Germans and Italians.
Visitors from the city of Barcelona made up 10.5% of the total, whilst 4.8% were from the rest of Catalonia and 2.7% from the rest of Spain. 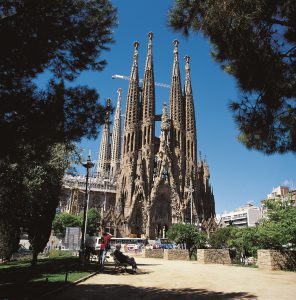