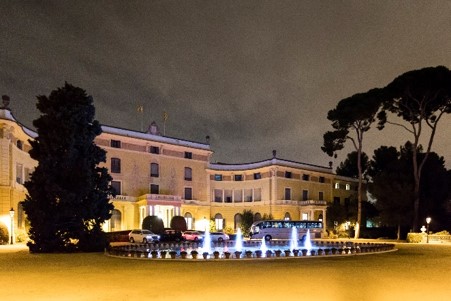 Fashion and Culture Activities in the tourist programs

BARCELONA prepares a new edition of the 080 Fashion Week

The next edition of the fashion contest will take place from February 3 to 6 at the Modernist Recinte de Sant Pau.

The program of this February edition of the 080 Fashion Week will have a much more international parade calendar that gives continuity to the one that has been programmed in the last editions. The list of this upcoming fashion event will have very prominent names and here they stand out the South African firm CHULAAP, the Peruvian creator of Asian origin Esau Yori, the New York firm Love Binetti, the designer Yiorgos Eleftheriades, or Boris Bidjan, who returns to parade stand out in Barcelona, after eleven seasons presenting his collections in Paris. They will also be present for the first time in 080, young promises such as the designer Alled-Martínez, or the firms Eiko Ay, Accidental Cutting, Lera Mamba or Juanjo Villalba.

Nor will the Catalan fashion firms such as Naulover, Maite by Lola Casademunt, Designers Society, and the Catalan international firm, Custo Barcelona.
The program of parallel activities of 080 for this edition, launches a space for knowledge exchange to analyze the role of technology in fashion. It will also resize the Pop Up Gallery, which will host the 080 Box Experience and finally wants to reissue the professional commercial space of the contest, the 080 Fashion Showroom, with the presence of numerous international buyers.

The Cultural Tourism of Catalonia has always been an attractive attraction for the tourist destination and one of the main objectives of visit by tourists who come to our country.
The cultural and heritage facilities of Catalonia exceed 26 million visitors, of which the Museums attract more than 40% of these tourists and visitors. In the evolution of recent years it has been noted that the visitors to the Museums have been increasing, although there are differences depending on the type of collection presented and that the number of visitors varies depending on the center and the cultural offer.

The Catalan museum network is made up of 626 facilities and extends throughout the territory. Its purpose is to collect, conserve and promote cultural heritage, since Catalonia has a very rich and diverse heritage that has become a first-class tourist resource. The Cultural Tourism is a concept that brings a movement of tourists to a destination with strictly cultural purposes, although the visitors themselves complement their cultural hobby with other leisure, business or recreational activities.

In the last 25 years, the growth of activities related to culture has been superior to that of the most developed economies as a whole. Cultural companies have become one of the engines of the new economy, and today their economic impact is measured by the contribution to GDP, the generation of employment and the volume of imports and exports of foreign trade.

In Catalonia, 4,800 cultural facilities are exceeded. They are registered in different categories and broken down as archives, libraries, museums and collections, scenic and musical spaces, cultural centers, visual arts spaces, cinemas and other spaces suitable for cultural use. The cultural centers also include athenaeums, civic centers and houses of culture and that represent 26% of the total of the equipment being the most numerous segment. This typology is the most heterogeneous due to its versatile status, since associative equipment such as the majority-owned athenaean are also incorporated. On the other hand, the less numerous equipments are cinemas – 4.2% – followed by visual arts spaces, with 5.9%.

In relation to the analysis of the equipment by regions and by typology, Alt Pirineu and Aran is the territorial area where the supply of equipment is the lowest in terms of censored facilities. The region of Alta Ribagorça, with 8 facilities, is at the bottom of the list. On the contrary, the regions of the metropolitan area of ​​Barcelona have the highest concentration of censored equipment. In this area we must highlight the Barcelonès (670 censored equipment), Vallès Occidental (293 equipment) or the Baix Llobregat region (262 equipment), among others.

Infographics of the distribution of equipment by segments: